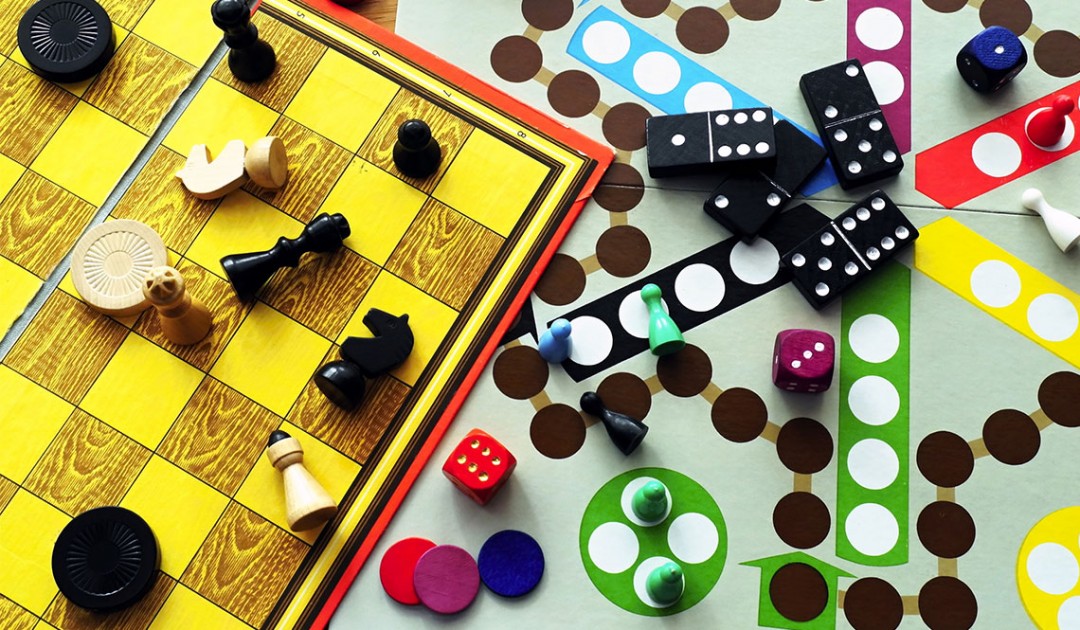 Quickly scan online for the benefits of ‘play’ and the positive effects it has on wellbeing are well documented – everything from releasing happy endorphins to improving brain function and productivity. CEO of Gamely Games, Hazel Reynolds realised that she just loved to play and now she gets to do it every day.

Former journalist Hazel Reynolds gives off the kind of solid, positive vibe that you would expect from the head of a games company. Gamely Games was set up in 2015 to combat the kind of social isolation caused by mobile device addiction and too much time spent online. In an attempt to fix the problem, Hazel went from funding her first game Randomise on Kickstarter – described as a mash-up of Pictionary, Charades and Articulate with a large dollop of randomness – to experiencing TV’s Dragons’ Den and hitting Amazon UK’s top 10 bestsellers.

Hazel founded the company in Brighton and has taken her small enterprise from zero to creating five family-friendly games in less than four years. First game Randomise was one of the top 10 bestselling card games on Amazon UK and sold more than 50,000 copies. So what inspired this ex-‘Which’ magazine writer to ditch the wordplay and focus on gaming? 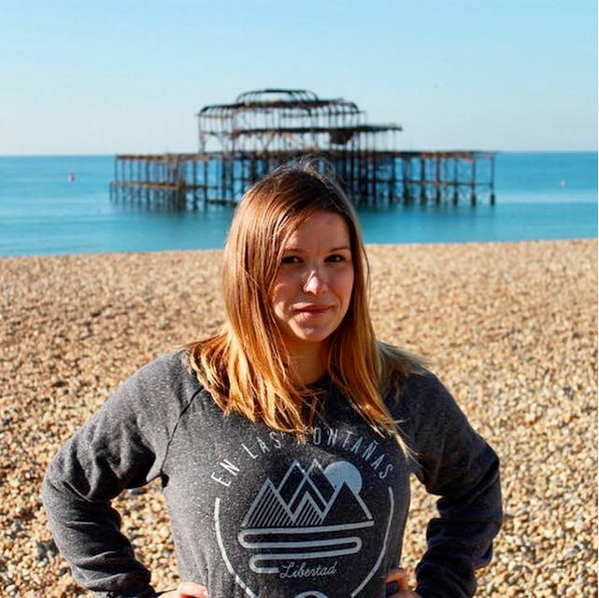 Hazel: “I originally created Randomise to lure my (then 12-year-old) sister away from her iPad. I had discovered first hand the magic of connecting with family members through games and wanted to create something original and funny that we could share together. It wasn’t until nearly a year later that I decided to try and put my game out into the world through Kickstarter. We raised nearly £4,500, which was enough to get Randomise made, and from there it’s been an amazing journey.

“My sister was 12 when I made our first game for her, and I’m nearly fifteen years older than her, so when you have that sort of age gap I think it can be really helpful to have something that can help you connect – and games are brilliant for that. I honestly just wanted to make something that would help us to do that. That’s really continued to the driving force of the company – giving people a reason to put down their screens, have fun and laugh together.”

Second release for the GG gamesters was Soundiculous (flipping Charades on its head by forcing players to use only sounds to describe their subjects) followed by The Pretender (marketed in Germany with the playful tagline ‘Bist du ein schwindelmeister oder nicht?’) and Jibbergiggle (er… ‘spam-a-lam’ anyone?).

What do you think is the power of playing games?

“As a society we’re more fragmented and isolated than ever before, despite the rise of social media and it’s alleged ability to keep us ‘connected’. It’s easy to get sucked in, but I really think that putting the screens to one side and genuinely participating in something with others is a really powerful thing to do. The internet is great, but I feel it’s crucial that we remember to give time and attention to those around us.

“In my experience games really bring people together, even people who are very different. On one hand they break the ice and takes the pressure off having to force conversation, but they also give us the opportunity to create really fun memories.”

What do you know about the psychological effects that playing games has on us? 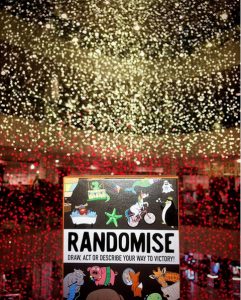 “Research shows that playing games lowers stress and releases endorphins, which are the happy hormones. One study even suggests that playing games can help reduce the risk of getting Alzheimer’s Disease. As well as all the research around physical health I think we all recognise that connecting with others is really important for positive mental health – certainly for me at least.

“I know that people have memories of family arguments over Monopoly, or find certain games really stressful but what I’d say is ‘give games another chance – you just haven’t found the right one yet’. I love playing games, and do it just because I enjoy it so much, but it’s pretty special that it has so many other invisible positive side effects too.”

The path to gaming greatness has forced Hazel to embrace the snakes and ladders of entrepreneurial fortune. Thankfully, it’s been more ladder than serpent, but her trek through the BBC’s Dragons’ Den was a levelling experience

“It was totally surreal. When you walk through those lift doors it’s just exactly how you see it on TV – five serious faces staring at you expectantly and hoping you don’t crumble. And it was intense – while you only see a 10-minute edit on TV, I was actually in the Den for more than an hour and the Dragons questioned me on every area of my business – I certainly got a good grilling.

“Luckily I love talking about my business and I had the answers to their questions, so I found it a really positive experience overall. The highlight was definitely when Deborah Meaden got up to have a go at playing Randomise and ended up having to act out a ‘gentle punk selling lemonade’ In the end we did get an offer, but I decided to turn it down as it wasn’t right for me or the company. The Dragons were shocked that I turned them down, but I haven’t regretted it so far.” 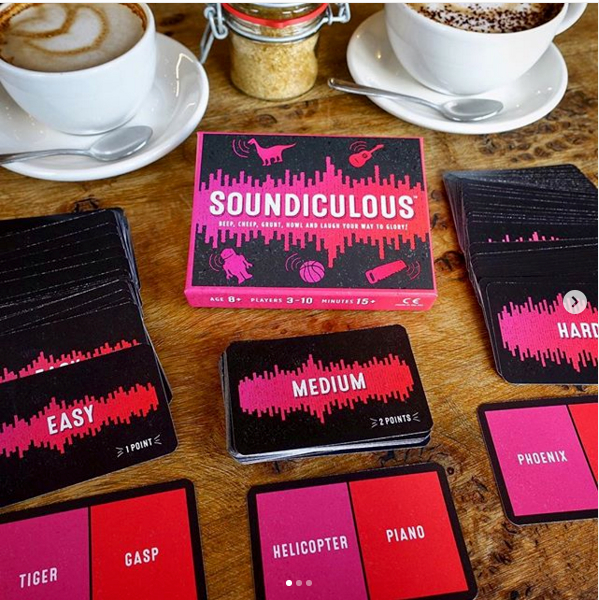 Could you make the sound of a wrestling, scuba diving woodpecker?

Hazel is now busy building what she calls her ‘dream team’ and working with them “to spread joy and put some good out into the world”. Creating that gaming good vibe for Gamely Games means working with other companies and charities to bring people together through play. So, does she really think games can be used for social good?

“Absolutely. Our approach is simple: Do Good. Have Fun. We think that bringing people together to play games is a social good in itself, but there are loads of other ways we’re seeking to expand on that. Last Christmas we donated 75 games through Christmas hampers, to children who usually receive free school meals, and we’ve also sent free games and donations to a refugee camp we are connected with. We regularly give money to charity, giving 10 per cent of our profits or one per cent of turnover, whichever is bigger, to charity each year. This is just the tip of the iceberg for us, but we feel there is so much that we can do to use games for social good.”

Things couldn’t look rosier for this young company. Well established in John Lewis and Amazon, Hazel is now expanding sales in the UK and overseas.

“The first four years have been a crazy journey, and I couldn’t have anticipated how well it would go. We have more of a plan now but who knows how things will unfold. We’re aiming to release three games a year over the next few years, and are currently working on a couple of ideas for 2020 that we’re really excited about. We’re just exploring selling more internationally too, so perhaps you’ll be seeing a copy of Randomise in Japanese or Soundiculous in Polish one day.

“The aim is not to build a big company with a huge team, but to stay focused on the things that really drive us. However the company grows or develops, having fun and doing good will remain core to all we are and do. There are a lot of unknowns, but it’s definitely going to be exciting.”

To get a fun stocking filler for Christmas day, check out the Gamely Games website for more details.

** Staying Young at Heart: Why Adults Should be Playing More

Posted on 25th November 2019 in the category Business, Gaming