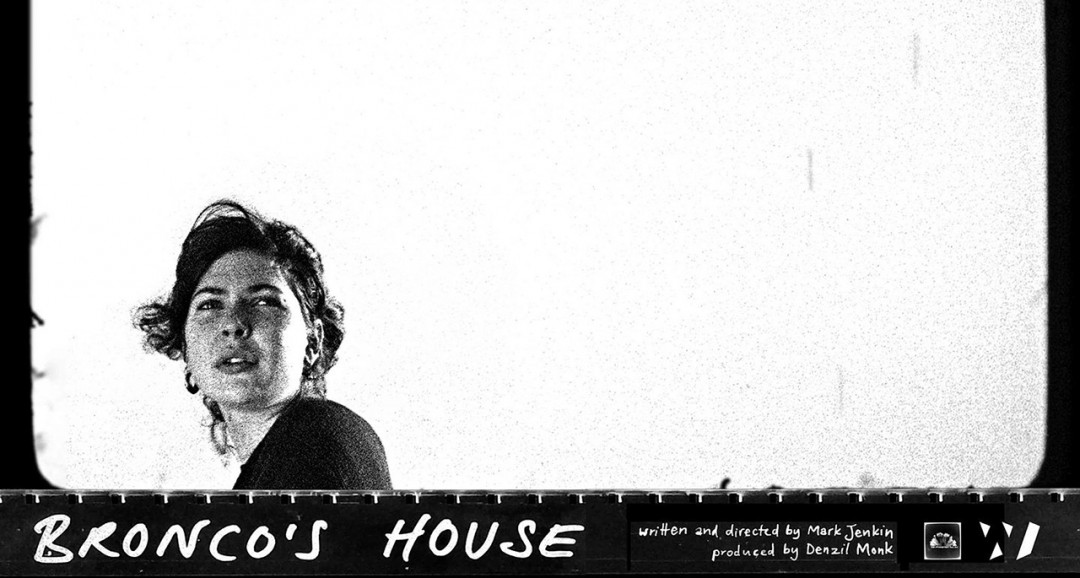 One of the standout sessions from the Aesthetica Short Film Festival (ASFF) 2018 was the showcase from the Falmouth School of Film and Television. Associate lecturer Mark Jenkin and filmmaker Rachael Jones presented a feast of film shot on 8mm.

Anything shot on 8mm cameras has a characteristic flicker and grain that takes the audience back to a bygone era of film experimentation and handheld avant garde. At ASFF the principle speakers for the Falmouth University film school were two true believers in the power of this former ‘home movie’ format to deliver gritty truth and emotion in cinema – Mark Jenkin and Rachael Jones.

Jenkin is an associate lecturer at Falmouth with a philosophy embracing lo-fi filmmaking, collaboration, Slow Cinema, analogue formats such as 8mm and 16mm and Expanded Cinema. His work includes two feature films, theatre work and a Royal Television Society award for his documentary My Name is Zac.

Importantly Jenkin has written a manifesto on the aesthetics of celluloid shooting titled the Silent Landscape Dancing Grain 13 (SDLG13) Film Manifesto. Having fallen out of love with the philosophy of digital capture, where almost everything can be shot and stored (deferring any artistic judgement), he plunged into film shooting.

Jenkin spent his accumulated savings on 100 foot spools of 8mm and started to plan and shoot film edits in-camera, knowing economy was crucial. Over time he discovered that shooting on film and developing, especially using cheap ‘instant coffee‘ developers, could produce charismatic and inexpensive cinematic results.

The Death and Rebirth of Ektachrome

Not all of Jenkin’s output is moody monochrome. His short The Road to Zennor is a poetic travelogue of a familiar journey to a small coastal town near St Ives. Ektachrome film is an iconic stock produced by Kodak. The company discontinued it in 2012 before then announcing its return in 2017.

Jenkin’s film was shot on his existing supply – a single unedited roll of Ektachrome 100D Super8 Film. It won the ‘Best Experimental Film’ award at the London Short Film Festival in 2017.

There is something zesty about his black and white 8mm films that seems eternally English. Like a public information film scripted by John Betjeman they flash between faces wearing wistful looks or static takes of the wind whistling through cornfields and fishermen securing their boats.

Bronco’s House has the air of a kitchen sink drama in the mould of Cathy Come Home but with a wink of humour in its melodramatic trailer. I want to see it and you will too.

But more than anything is the simple joy that Jenkin’s films show in uncomplicated moving images and the painterly attention to framing.

Cornwall-based filmmaker Rachael Jones presented her work alongsde Jenkin’s at ASFF. Her work is more experimental and draws in found footage and old photographs to contrast with or enhance her shots. Jones runs an annual fine art and film student experimental screening with artist Naomi Frears in St Ives.

Her style is simply staged and heavily themed – from geologists in search of granite (Tracing Granite) to connections between local artists and sea witches (Weaving Witches and Women of Penryn).

The Artist and the Moon

Jones’ work has a beguiling quality that uses simple soundtracking. The films are allowed to breathe using large tracts of silence or rudimentary sound effects which give the images space to work on their own. She then weaves in animation, old 8mm or 16mm footage and historic photographs to build up layers of complexity.

Ultimately Jones’ and Jenkin’s films are an effective antidote to the arms race of ultra high definition images and mega-budget film productions. By breathing life into cheap and often forgotten film stock they provide the best medicine for tired eyes.

Any filmmakers interested in ASFF can find its submission guidelines online – there are 11 categories from Advertising film to VR and Immersive experiences.