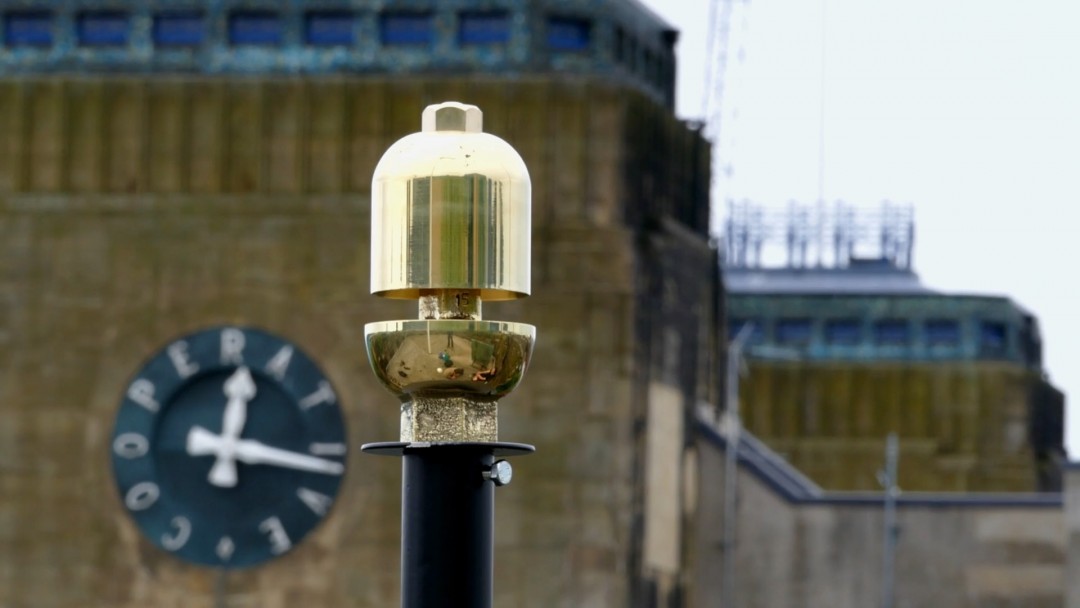 Artist Steve Messam is no stranger to great public works of art. It is his first love. Past projects have included video projections on National Trust properties, a bright red paper bridge and vast inflatable towers – all distinctive and original. At the Great Exhibition of the North 2018 he used the sound of steam engines to bring Newcastle upon Tyne’s rich industrial heritage back to life.

To provide a document of Steve Messam’s work at the Great Exhibition (#GetNorth2018) WeLove Media was commissioned to film the project from initial testing through to its final install and launch on 22 June. That meant a tough schedule of shoots at locations ranging from his tiny studio in Middleton-in-Teesdale to the rooftops of Newcastle upon Tyne’s grandest buildings.

See the potted version of ‘Whistle’ below, showing a little of the incredible work that went into making this flagship project happen. Steve turned an exciting concept – recreating the sound of steam trains and shipyard whistles along the boundaries and towers of the old medieval walls – into reality for the entire length of the exhibition’s 88 days.

The drawings for the brass LNER whistle used in the project were found at the National Railway Museum. But a working example was sourced from an engine in Darlington, stripped down and reverse engineered to run ‘cold’ on compressed air. Each whistle station was designed in 3D by Steve to hold the whistle, a canister of air and a control box containing a Raspberry Pi micro-computer so that the entire network of whistles – 17 in all – could be controlled via the internet.

The whistle itself was cast at the William Lane Foundry in Middlesbrough, open for the past 150 years and maintaining itself through a management buyout earlier this year. Toolmaker Thomas Jones finished the whistles to the highest quality on a precision lathe, ready for the ‘wall of sound’. The excellent Nebula Labs put together the computer control system and web app to fire each whistle. Check out the full version of the whistle project film below to experience it in its full glory.

Whistles were positioned at strategic points along the walls so that as many people could hear them as possible. Each day at exactly 1pm each whistle sounded a short pip followed by a three second blast, one after another until all had sounded. Three were placed in and around Central Station – one on the main concourse, one in the entrance portico, and another at Gunner House (formerly Gunner Towerj opposite the station. Four were put on the tops of buildings along the quayside, from the Guildhall to what was the Jolly Fisherman pub near the law courts. Their echo along the banks of the Tyne was something to hear.

All in all ‘Whistle’ took around three months to complete in terms of filming, but I think you’ll agree it is a special project that deserved to be recorded for posterity. To find out more on Steve’s research and the inside track on making the piece, read his superb blog with an array of great photos from concept to finished artwork.

Whistles cast for #TTElecMech Ltd in Darlington to be installed on various buildings around Newcastle as part of the Great Exhibition of The North……….