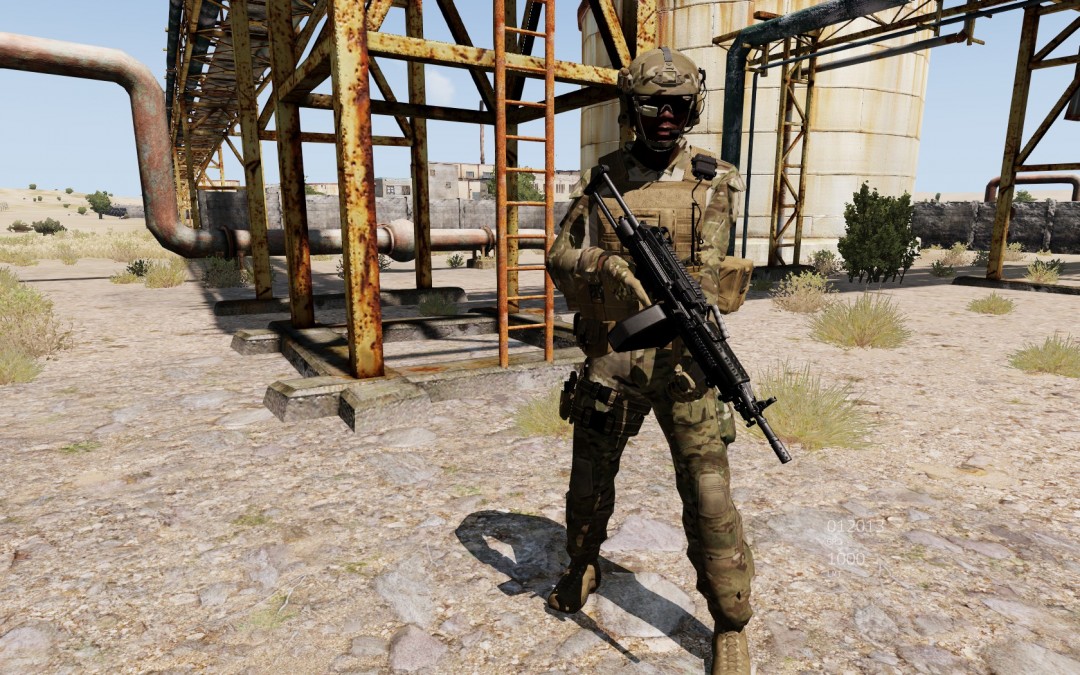 Antonia Koop went from international conflict reporting to trying out her ideas in the digital world. What came out was a way of training for business excellence using virtual reality, games and other immersive experiences.

We caught up with Antonia Koop, managing director of business training and corporate strategy firm Strategic Nudge, at VRTGO – one of the UK’s most important virtual reality forums – to find out more about the big ideas behind virtual training environments. Antonia is a former news journalist who spent time reporting from some of the planet’s war zones. So when it came to translating that experience into training games she felt able to cope with just about anything.

Q: How would you describe your journey from journalist to managing director of a mixed reality training company?
I spent the first years of my career in broadcast media, reporting conflicts and war in the Middle East, East Africa and Southeast Asia. Journalism is for me much more than just an interesting profession with great opportunities to travel. As a journalist I always saw it as my mission to keep leaders, governments and companies accountable and provide the unbiased information people needed to form an opinion and make choices to shape society. 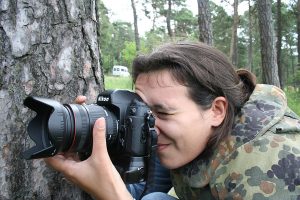 I often found working in conflict areas frustrating. Rarely could I tell the stories that mattered and get my audience to truly understand what was happening and why. Too often editors and publishers thought the truth needed to be simpler, or their own lack of understanding twisted a story into something unrecognisable – or even unintentionally propagandistic – that distorted people’s perception more than creating understanding.

Many other journalists around me felt the same and we decided we needed to do better. So we founded a non-profit organisation with the purpose of supporting journalists and improving the quality of reporting on conflict, crisis and war. The organisation grew quickly and training became a key feature of our work to mainstream high quality reporting. The training sessions achieved high impact but we soon hit a problem: they were difficult to scale up enough to allow us to change the dynamics of an entire industry. So I started to look for a methodology that was not constrained by the available trainers and the number of days our training team had in a year.   It was actually ‘Tomb Raider: Legend’ which gave me the idea of using games for training. I played it on my PS2 on a tropically hot evening in the Philippines, after a mad day spent trying to crack the problem of how to train more journalists with fewer resources.

My mother called and asked me where I was – which was always hard to tell in those days. I told her, “I am somewhere in a Bolivian tomb trying to get the door open”. She wasn’t surprised, she just asked “Who is watching the kids?”   Apparently – in my mother’s eyes – there wasn’t much difference between my life and Lara’s! That was when I suddenly realised, how amazing it would be to get our journalists to experience frontline coverage and learn to get it right in the authentic but safe environment of a computer game.

At that time it was impossible to justify the huge investment required to build what was needed with the quality I wanted. However, with better accessibility to the major games engines and developments in hardware and software this is now absolutely possible – and we are doing it. 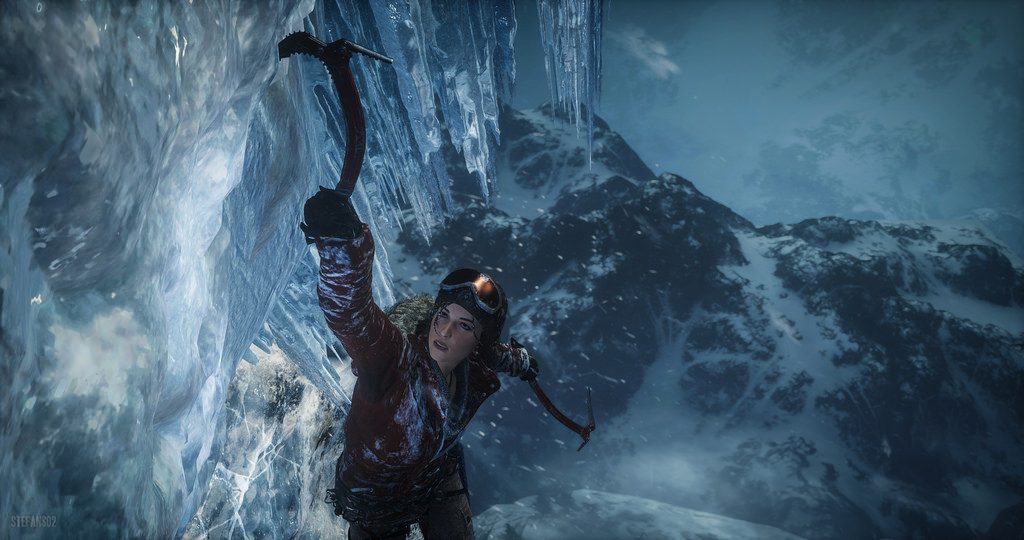 Q: What similarities are there between journalism and what you do now?
Today I am not only working with journalists but with a range of different sectors and industries. At Strategic Nudge we do a lot of work for businesses, particularly in leadership development and executive education. But we also work with governments and the defence and security sector, preparing people for operating in hostile high-stress environments.

What all of these sectors including journalism have in common is what made me consider games as training tool: they need to upgrade the capabilities of their people quickly, effectively, in a scalable way and with slim budgets. They must respond to a volatile, highly dynamic and often unpredictable environment, while coping with fast paced change and ever-increasing complexity.

The quickest and most effective way of learning is through experience and experimentation. That is what we do when we learn on the job. Of course there are limits to experimentation at work. It can be risky and dangerous, or just painfully expensive, and often there is no room for failure. Nobody wants to be a heart surgeon’s first experiment!

This is where I see immersive technology and gaming coming in. The power of immersive games – AR, VR – and well designed regular games is their ability to create authentic, powerful experiences. Games offer us a playground that can be as real and engaging as we need it to be but without the risks of learning on the job. Good games are designed to tell stories, create experiential journeys, spaces to explore and try things, and they provide constant feedback. All of these can be used to facilitate learning.

So, while we developed our ‘training through gaming’ methodologies for journalism, they tackle a much more general need. That’s why we have broadened our collaboration beyond the sector to make them accessible for many other businesses and organisations. 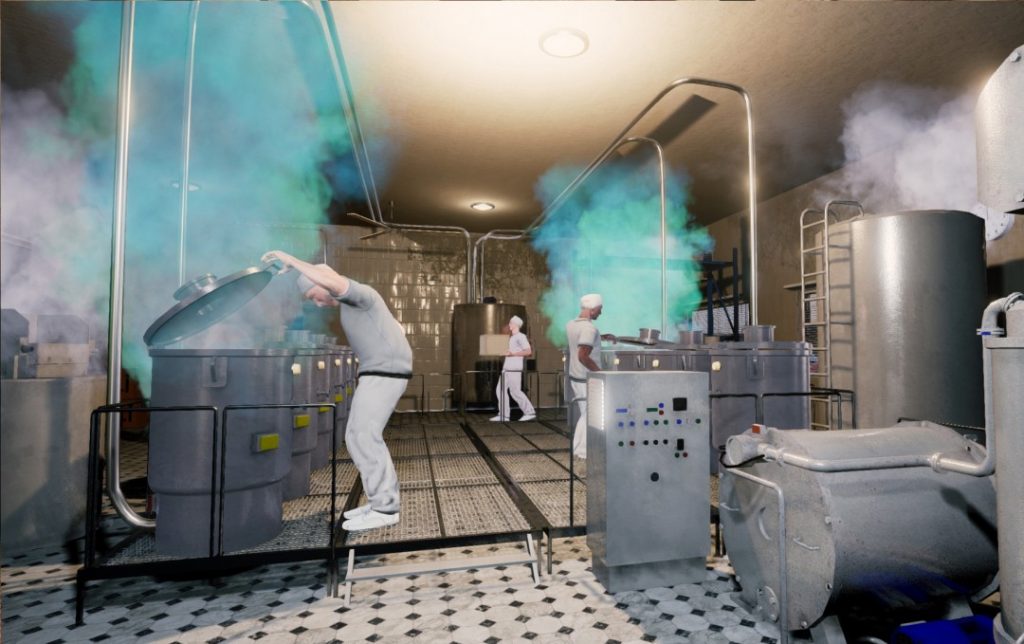 Q: What has been your ‘Wow’ moment so far in VR or mixed reality experiences?
I am sure you’d expect me to talk now about some amazing VR training programme – and I have come across a number of experiences, programmes and companies that deserve a wow. But I have a savage side and so it was Epic’s ‘Robo Recall’ that blew my mind. My own biggest ‘wow’ moment was when I ripped apart my first robot and thought I felt the resistance of its metal limbs before they came apart. That moment I thought, wow, this is the missing piece of immersion we need to finally cross the bridge between creating virtual experiences that are authentic and those that are real!

Q: What are you working on at the minute?
We are an innovation company which means we always look for the next big challenge to crack and problem to solve.

At the moment we are putting the finishing touches on our ‘Virtual intelligent Business Environment’. ViBE will allow us to build high complexity training games for the business sector in a fraction of the normal development time. At the same time we are developing the first off-the-shelf game on the platform, which will hopefully be released in the middle of next year.

Next month we are going into trials with a games-based assessment tool to recruit senior executives, designed to assess their capability to cope with the complexity of their roles.

Our newest project is a mixed reality one. It tackles a key challenge of organisations operating in hostile environments or under stress, such as police, armed forces, fire fighters, first responders, and journalists – especially those covering conflict and war. But we’re also targeting people working on oil rigs, deep sea exploration, or in bio-hazard labs etc. People in these jobs need to be incredibly resilient, able to remain focused and make sensible decisions even when everything around them comes apart and lives are at risk. We are building a training environment for frontline leaders in such high stress jobs to assess and build resilience, leadership capability and team work.

Then at some point I want to focus on applying our methodologies to classical education. I would love to build the first games-based university programme. So far, however, none of the universities we collaborate with has been brave enough to take that leap. 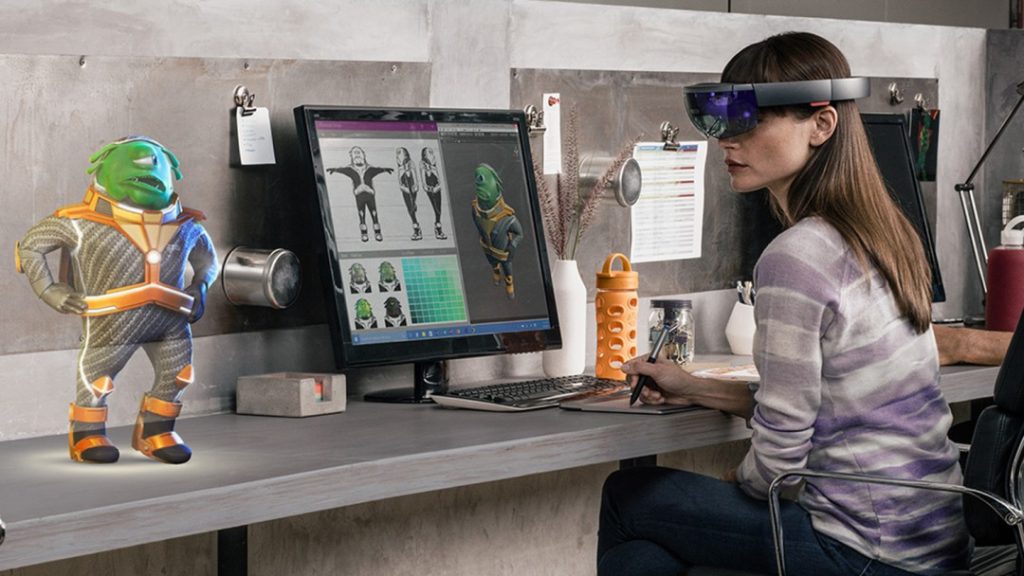 Q: What do you see as the future of training using immersive technologies?
In the near-future immersive tech will play an increasingly important role in training, especially in skills training and in sectors where it can help reduce risk and cost. But we are still in the early stages and adoption is slow. There will be a lot of experimenting to figure out what works and what doesn’t and where immersive training can actually add value instead of being mainly a gimmick. We will see a fair amount of struggle and failure where companies get too centred around the technology instead of focusing on its purpose.

I expect a series of surprises on the hardware front which will repeatedly shake up our understanding of what to do with the technology and how to do it – and I’m already looking forward to those developments.

Ultimately I believe we’ll reach a point at which immersion is no longer associated with a piece of kit or a particular process. Immersion will become a simple interface, a gateway between the analogue and the digital elements of our world.

I hope training and education will embrace the change in a way that uses the best of both; immersive virtual experiences to allow students to actively experiment and engage with the subject matter instead of merely memorising information, and direct human interaction with peers and teachers. When it does, teachers – instead of racing through information for the next test – will have the time and freedom to be facilitators who coach students in their development, and where learning isn’t abstract but direct, problem centred and inspiring.

That’s the future we’re working for.

VRTGO 2017: The Only Mixed Reality Event That Matters

OR read our interview with Playstation VR legend Jed Ashforth for more insight into developments in VR.