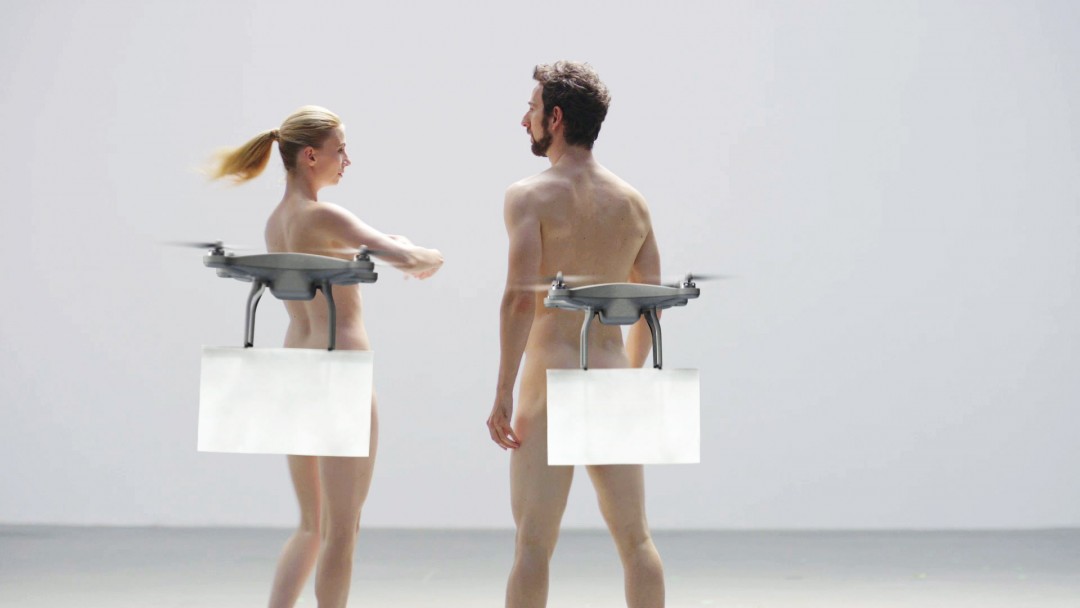 In December 2015 a Kickstarter funding project was launched to create a ‘personal flying robot’ called the Fleye. This funny-looking drone, a bit like a flying football, was an interesting concept, designed to be an ultra-safe floating camera drone that could also go on autonomous ‘missions’ with its built-in collision detection software. Fleye’s makers saw it as a drone that would appeal to people with little or lots of flying experience, with the unique selling point that should it bump into anything it would rebound off people and other objects without causing any harm.

Fleye had a number of neat features. It filmed HD video and allowed users to create floating selfies and 360 panoramic shots. Users could program the Fleye themselves as it ran Linux and a popular open source computer vision library called OpenCV. Despite all of these unique selling points Fleye failed. After it was successfully funded on Kickstarter the project went belly up and backers were refunded their cash. It seemed the world was not ready for the floating autonomous video robot football.

Drones are for Video Marketing

So what does that have to do with your business? Well, despite its lack of success, the Fleye guys were on to something. Drone video has become the backbone of many successful video marketing campaigns and viral hits. Entire companies specialise in aerial video using drones (also known as Unmanned Aerial Vehicles – UAVs). Those splendiferous aerial shots of people doing snowboard backflips, tracked from above by drones, have become commonplace. What Fleye offered was a way to do that without having to do the complicated (and often expensive) work of getting the requisite flying experience and licence, or learning how to operate the camera without harming yourself (and others), flying it – and maybe crashing it – in your home or workplace.

By rebooting the drone as a flying camera assistant they latched on to where drones could be useful to ordinary people in confined spaces. Right now the drone market is chock full of incredible flying machines from microdrones that can be used indoors or out, for fun and to get the hang of flying, to octocopter heavy lifters that can take full production cameras (see below) or LIDAR equipment, for mapping and scanning terrain.

The handy camera drone certainly didn’t die with the Fleye and this year’s Consumer Electronics Show in Las Vegas featured some of the market’s more intriguing launches. Top of many commentator’s picks was the Hover Camera – a passport sized foldable drone that will fit in a handbag. The Hover looks like the perfect selfie camera for video, hovering at eye level, it can record 4K video and 13MP stills with simple hand gestures. Developers are marketing it as ‘your personal photographer’ and with an auto-follow mode to track users it is extremely versatile.

Also in this category of the intelligent selfie drone is the Simtoo, but pocket-sized drones like the Wingsland S6 or the Dobby S from Zerotech – which will automatically record video in a circular orbit around you – also fit the bill. C-Net’s pick of the flyers from CES 2017 is included in this great summary, or this one from extremetech.com, that include some of the more sophisticated drones.

If you want to investigate the more professional end of shooting drone video then you’ll have to make a more sizeable investment. Drones vary in price but the cost of buying a feature-packed UAV with programmable waypoints, follow-mode and quick enough to follow a car at speed, is dropping all the time. DJI is probably the world’s largest commercial drone manufacturer, but hot on its heels are Europe’s Yuneec and China’s Yi, driving prices down.

Yuneec has its own entry to the pocket-sized personal flying camera range in the form of the 4K-shooting Breeze (above), controlled using a smartphone or tablet. The company also has some hefty pro-camera drones like its Typhoon range and a couple that sport thermal imaging cameras for engineers and buildings assessors.

Drones in the ‘mid-range’ market like DJI’s Phantom Pro 4, Yuneec’s Typhoon models and the upcoming Yi Erida (touted as the fastest commercial drone at 75mph, and one of the lightest given its carbon fiber body) can be bought for less than a good quality DSLR mirrorless camera. The only problem with that comparison is that you don’t need a licence to use a camera around residential and commercial buildings. 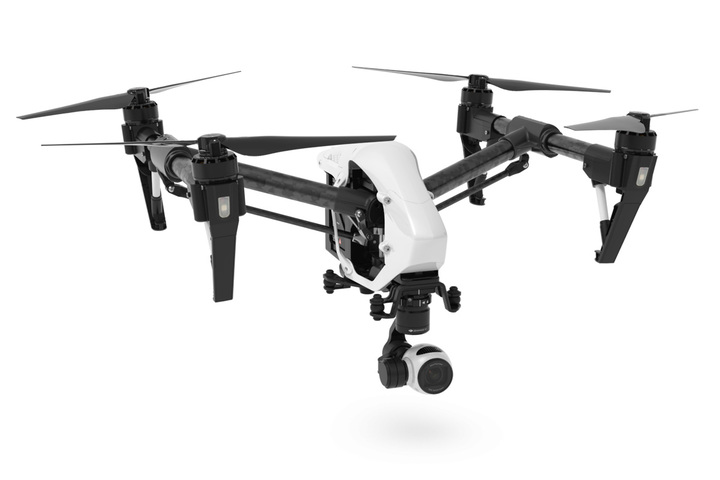 DJI’s Inspire is for experienced flyers

The Civil Aviation Authority now expects drone flyers to apply for a licence. As you’d expect they’re not exactly cheap but they are thorough and include both a theory and practical exam. Companies like 3IC offer an online video course so you can do the theory part in your own time. And you’ll need to complete a course if you are going to fly machines like DJI’s Inspire without wiping out your investment.

So whether you are a dabbler, an enthusiast or looking at drones as a pro-camera platform to market your business, there is plenty around to interest the get-ahead video marketer.